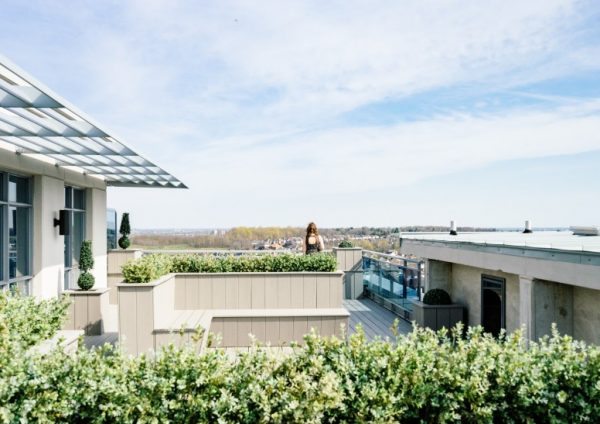 NVP: the ascendancy of the buyer

We are going to stick our necks out and say something radical: the most important person in London property is no longer the seller.

Don’t get us wrong, we know who our clients are. Selling property on behalf of the seller is what pays our bills.

But it’s in our client’s best interest that we treat buyers like gold dust.

To say there are more sellers than buyers at the moment would be an understatement of epic proportions. And for the time being at least, it looks like this is the new normal.

This gives the buyer a certain status – one that they haven’t enjoyed in as long as we can remember.

The buyer is going up the value chain, fast.

In effect it means that NVP has two types of client.

We have to be nice to everyone these days!

Seriously though, our job is to bridge the gap.

What are the reasons for the ascendancy of buyers?

It used to be seller and agent on one side of the river, and buyers on the other, frantically waving to get our attention. These days, with fewer transactions happening, a rise in premium lettings, and such an abundance of product, that equation is different. We have to be humble enough to cross the river and see the buyer ourselves. We have to build bridges that last.

As we have mentioned in previous blogs, long-termism is on the rise, and people are holding on to their homes for ten years or more. With pipelines down 50% on two years ago, today’s buyer is tomorrow’s client, and people always remember their home-buying experience in crystal-clear detail. As such we treat buyers in the same way we do our clients, without losing sight of our contractual obligations. As a result, the days of gazumping (where the seller accepts a higher late offer, prior to exchanging contracts) in London’s prime residential property market, are increasingly rare. When there is little supply and lots of demand, gazumping is much more common, and today the opposite is true.

Indeed, with more bargaining power in the hands of the buyer, sellers are far more likely to be ‘gazundered’ – where the buyer lowers their offer, prior to exchange, on the basis of new information from surveyors’ evaluations. This means the buyer at the very least shares control with the seller. It’s a new development in residential property and as such estate agents like ourselves are operating in a greater advisory capacity than ever. The user experience has to be optimal all the way through, for both sides, if we want to thrive in this new landscape.

Our role is to bridge, and ensure both sides are supported in meeting in the middle. It’s all about win/win.

Added to these changing dynamics, buyers are nervous about the economic and political climate. For the first time since the late ‘70’s, they are super-conscious and alert to the tides and policy of UK government. Previously everyone took the UK’s stability for granted – it was a given that the UK economy would keep growing – the only question was by how much.

The property market within that economy, especially London’s prime residential sector, was seen as secure an investment as perhaps any in the world.

Then came Brexit, a catastrophic general election for the conservative party and the rise of Corbynism. These things have shaken that faith, highlighting cracks in the establishment that, at least in the minds of the buyer, could potentially widen.

As we have stated in previous blogs, at NVP we view this as unlikely, as when one looks at the electorate in composite form, they are voting centrally as opposed to radically. However, we won’t know either the nature of Brexit or the cost of any divorce for some time, and as such the buyer no longer views the UK as the paragon of safety, security and prosperity it was in the 80’s, 90’s and noughties. In fact, you might say for the UK’s entire stay in the EU. Even if you include recessions during that time, the UK never felt as if it is in unchartered waters, like it can do to buyers at the moment.

But it is difficult to see a hard Brexit going all the way with so much opposition and no majority in the current government or confidence in its leader. If the few do lead the many over the cliff, and a ‘no deal’ Brexit becomes a reality, then the UK economy could indeed take a generation to re-shape into whatever it is to become. In this eventuality opportunity would certainly open up again for investors and speculators across all industries, including property of course.

The cynical, as well as many young people in the UK, would say that is precisely the intention of hardline Brexiteers. Unprecedented levels of propaganda in the press and a seemingly kamikaze approach to the complex task of negotiating our way out of a 44-year political and economic union, would also seem to back up those conspiracy theories. It all makes buyers more cautious than ever before – for the time being – as they wait to see which route works best to re-enter the market.

Many buyers are waiting to see if this type of divide and conquer mentality could indeed prevail, and are doubtless ready to capitalize on the flood of opportunity a traditional power-grab would open up. Until clarity on either political eventuality is here buyers will remain scarce, and as such very important people to agent and seller. Allied to the bizarre political situation, development opportunities, after decades of plenty, are simply drying up.

London is fully re-gentrified. Only the prime residential sector where money is no object, and agents working in the outer zones of greater London, report the type of activity that made many developers and speculators rich as still happening.

The prime residential property market is thus faced with the everyday reality of servicing people who actually need to move home. In sobering times like these, at NVP we see our role as being more essential than ever, particularly at the top end of the market in which we operate. As speculators and developers go to ground, and online aggregator websites become the norm, buyers and sellers are more in need of bridging – of solid, objective advice – than ever before, as they navigate a traditional market in which London is still seen as a steady option, and buying a home is as delicate a process as ever before.

And crucially, maintain those links.

This is the business we are in.

Nicolas Van Patrick gets back to business

It is good to be back. The government’s announcement that viewings could recommence in England has enabled the Nicolas Van ...