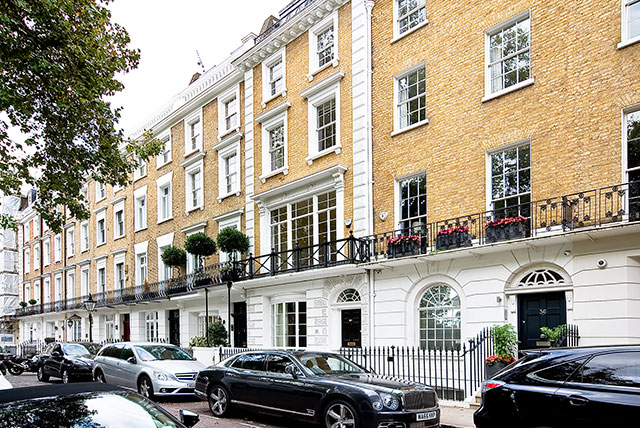 Why now is the time to buy a house in Knightsbridge

If you are buying a house in Knightsbridge, Nicolas Van Patrick believes it is the best opportunity to do so in a decade. Flats have weathered the recent downturn in pricing better, and subsequently are still at a 30 per cent premium compared with houses. Those in the market for a family home are therefore more likely to get a comparative ‘bargain’.

Knightsbridge property has seen the biggest price corrections in the ‘golden triangle’ of prime central London, which also comprises Belgravia and Mayfair. Within Knightsbridge, houses are showing the most value and are the most discounted as flats remain in high demand. International buyers in PCL tend to prefer lateral flats with a concierge to keep an eye on things as London is only one destination out of many and they don’t live here full-time. They are used to living in condominiums and taking off to Mykonos or the Caribbean for holidays, rather than sitting in the garden of a house.

New developments offering state-of-the-art gyms and treatment rooms are taking the flat market that step further, making them even more luxurious and expensive. The trend for high-end developers to team up with luxury hotel partners has also boosted the price of flats. Billionaire hedge funder Ken Griffin paid £100m for the penthouse at HSH’s Peninsular London scheme on Hyde Park Corner, while the Finchatton scheme, 20 Grosvenor Square, has Four Seasons-serviced residences. Boutique developer Clivedale is behind the Dorchester Collection at the Mayfair Park Residences.

The numbers are significant, with house prices in Knightsbridge falling by 20 per cent over the past five years – less for a ‘triple A’ house, as there is very little stock so the good stuff holds its value. And even if a house isn’t significantly cheaper because it is special, international buyers will still benefit from the weakness of sterling, which translates into a considerable additional discount.

For a double whammy in terms of value, consider a tired house in need of renovation. Buyers don’t just benefit from the 20 per cent fall in prices caused by Brexit and the hike in stamp duty, but also lack of competition and interest from other buyers who don’t have the appetite to manage such a project from abroad. Nicolas Van Patrick has several unmodernised houses for sale in Knightsbridge Village – charming Victorian properties with real potential for those looking for value and a project.

For those who aren’t bothered by stairs and lateral space, a house may be the answer.